Politics and Practices of the Neoliberal University

This section elaborates on threads from earlier sections looking at the expansion of the university in terms of market value. As the university increasingly fills a role of supporting corporate competitiveness and training future laborers of a global, knowledge-based economy, scholars such as Slaughter and Rhoades (2004) have argued that the fundamental social roles of public higher education to provide increased upward mobility for underserved populations have been displaced by the economic role of serving corporations’ global competitiveness. This section includes critical university scholars who have taken issue with how modes of power within the university structures are exercised upon the daily lives of minoritized subjects and knowledges, noting new configurations of power marked by acknowledgement and sometimes even valorization of minoritized subjects and knowledges (Ferguson 2012). Many of these works look at higher education in the United States and hold lessons and insights for the university system beyond the US borders. As Simpson (1998) highlights, university-based development studies and projects predicted and required worldwide triumph of modernity and contemporary forms of global capitalism. Much of this work highlights the continued battle over what types of questions may be asked (both from within and from outside the academy) and whose results taken as legitimate and responsible. 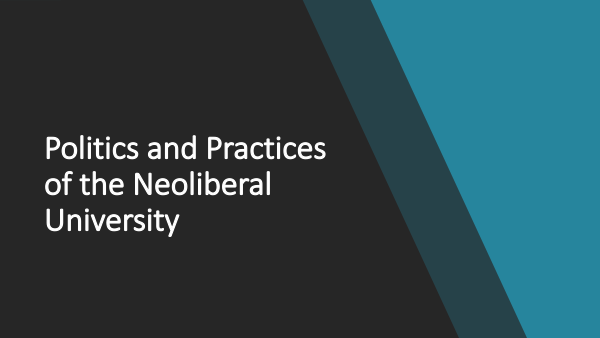