Colonial Policies and Practices of Education in Africa

A quick review of the literature on colonial education policy in Africa reveals two starkly divergent perspectives. Some scholars (e.g. Mwiria and Okoth) hold that colonial education was deliberately planned with the aim to perpetuate colonial rule by colonizing the African mind (see Ngugi wa Thiong'o’s “Decolonizing the Mind” which emerges from this vein later). Others (e.g. Whitehead) argued that it is clear that colonial education policy on Africa was fraught with much confusion of purpose and lack of resources. These scholars argued that in fact Africans desired and pushed for access to Western education (Whitehead 2005). This debate touches on a bigger question, namely what is and should be the relationship between setting particular universal standards versus understanding and adapting to local contexts and needs? What type of education is considered necessary to be a competitive "global" worker and what other kinds of knowledges are considered necessary for other work? Who is getting what kinds of education and how are the distinctions marked by class, race, nationality, and gender? This section includes several works by historians and African philosophers grappling with these questions. 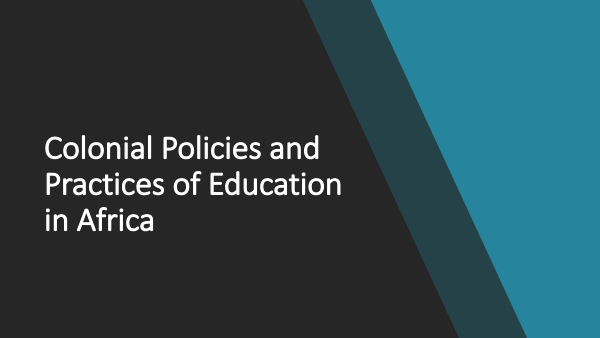