Scientists working with and on vulnerable communities often draw on moral and affective registers to explain and justify the broader impact of their scientific activities. There have been long-standing discussions about the moral responsibilities of scientists towards ensuring positive development outcomes from their research as well as tensions over what is expected (and unexpected) as a result of research and scientific education. Aviles (2018) highlights that scientists often do not often see their own work as being motivated by profit and instead frame scientific and educational work using humanitarian and ethical values. She suggests that scientists’ understandings of their role as serving the public good reflects their material and political economic environments. Reardon (2013) explains that justice has emerged as a key organizing principle for practicing scientists and scholars. Vessuri (2015, 2002) and others have also noted that contemporary calls for decolonizing science are often based on ethical and moral arguments for achieving justice and overthrowing historical inequalities. This section of the essay includes several works which have looked at the moral and ethical framing of a reconfiguring of the boundaries between Science and the Public. There are interesting comparisons to make with the humanitarian rhetoric used by technology companies working in/on Africa.

This section of the essay includes a nested essay focusing on the #ScienceMustFall movement in South Africa. In April 2015, a statue of colonialist Cecil John Rhodes was removed from the University of Cape Town’s campus in South Africa. The statue was a catalyst for student protests initially organized under the banners of #RhodesMustFall then #FeesMustFall which eventually drove a national – later international – debate about decolonisation and structural change in universities (under #ScienceMustFall). The questions of ethics and responsibility related to decolonization as framed by the student protests are relevant for continued discussion about ethics, research, education and Africa. 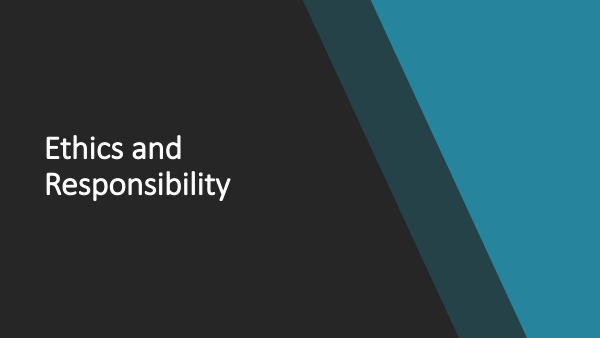