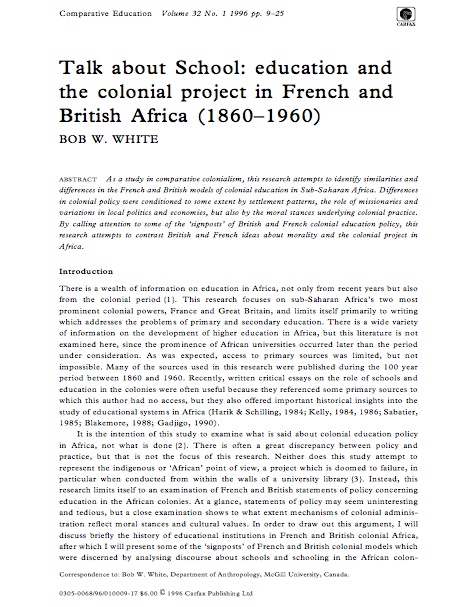 Abstract: "As a study in comparative colonialism, this research attempts to identify similarities and differences in the French and British models of colonial education in Sub-Saharan Africa. Differences in colonial policy were conditioned to some extent by settlement patterns, the role of missionaries and variations in local politics and economies, but also by the moral stances underlying colonial practice. By calling attention to some of the 'signposts' of British and French colonial education policy, this research attempts to contrast British and French ideas about morality and the colonial project in Africa."

Angela Okune: This 2010 article by Bob White outlines similarities and differences in the French and British models of colonial education in Sub-Saharan Africa.