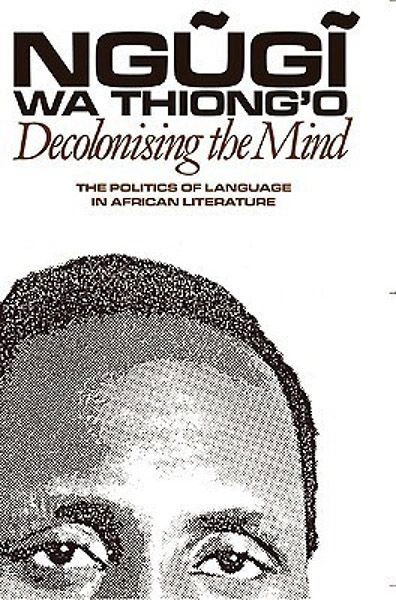 Abstract: "Decolonising the Mind is a collection of essays about language and its constructive role in national culture, history, and identity. The book, which advocates for linguistic decolonization, is one of Ngũgĩ’s best-known and most-cited non-fiction publications, helping to cement him as a pre-eminent voice theorizing the “language debate” in post-colonial studies.

Angela Okune: This 1986 piece by postcolonial literary scholar and novelist, Ngugi wa Thiong'o, highlighted the close relationship between language and culture and the importance of centering African languages in conversations about decolonization. Since, according to Ngugi, language carries the entire body of values by which a group of people come to perceive themselves and their place in our world, the widespread adoption of English as the primary language of instruction in many African countries amplifies western cultural and linguistic superiority while debasing African cultures and languages.