And if this important frontier is being displaced, it is because the medium in which it is instituted, namely, the medium of the media themselves (news, the press, telecommunications, techno-tele-discursivity, techno-tele-iconicity, that which in general assures and determines the spacing of public space, the very possibility of the res publica and the phenomenality of the political), this element itself is neither living nor dead, present nor absent: it spectralizes. It does not belong to ontology,to the discourse on the Being of beings, or to the essence of life or death. It requires, then, what we call, to save time and space rather than just to make up a word, hauntology. We will take this category to be irreducible, and first of all to everything it makes possible: ontology, theology, positive or negative onto-theology.

[T]his is perhaps the question of the event as question of the ghost. What is a ghost? What is the effectivity or the presence of a specter, that is, of what seems to remain as ineffective, virtual, insubstantial as a simulacrum? Is there there, between the thing itself and its simulacrum, an opposition that holds up? Repetition and first time, but also repetition and last time, since the singularity of any first time, makes of it also a last time. Each time it is the event itself, a first time is a last time. Altogether other. Staging for the end of history. Let us call it a hauntology.

“Hauntology” is a sign to mark how ontologies are more arriving achievement than they are origin, and that they always contain an injection of alterity or “otherness” that renders them incapable of full closure or full presence, and always open to change. A formal, stable ontology and its controlled vocabulary and semantics are foundational to all digital platforms supporting knowledge representations and related projects across the natural sciences, social sciences, and humanities. The overall design of PECE relies, as it must, on such ontological devices but at the same time seeks in a variety of ways to keep their essential absences, inconsistencies, and strangeness visible and open to question. In the most general sense, PECE tries to render any “ontology,” including its own, as a constantly haunting and difficult question that must also simultaneously be settled and operationalized. 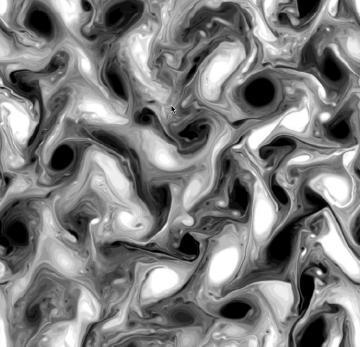