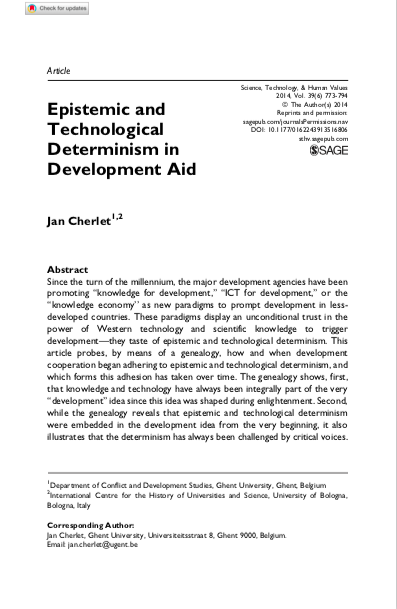 Angela Okune: This 2014 article in "Science, Technology and Human Values" by Jan Cherlet uses the form of a geneology to look at the promotion of "knowledge for development" or the "knowledge economy" by major development agencies.